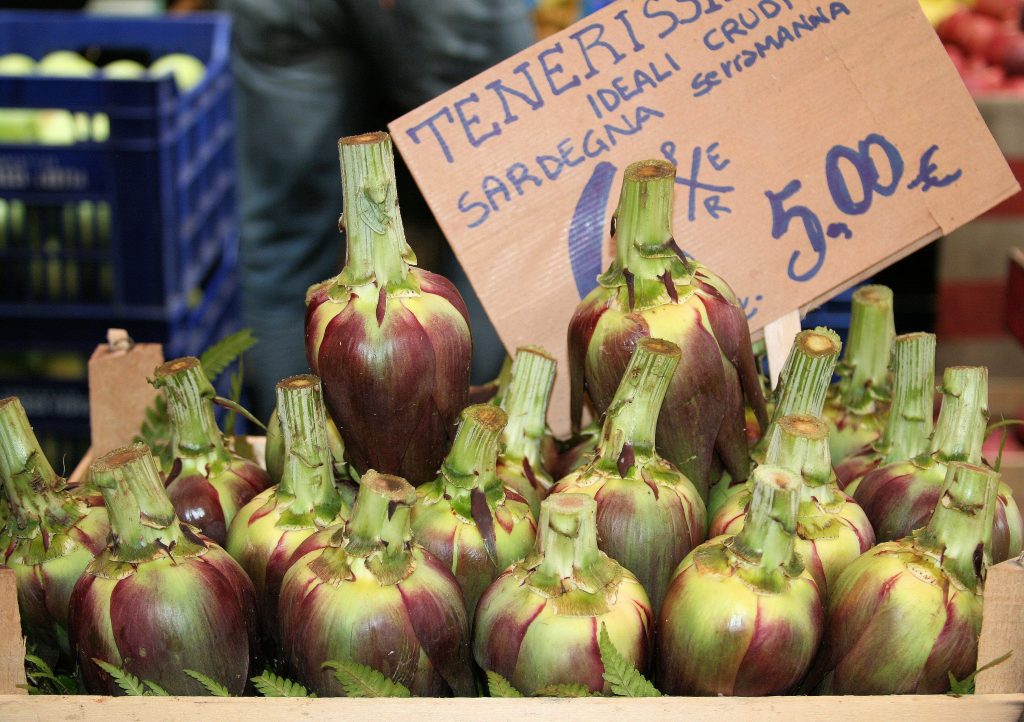 Artichokes are a member of the Asteraceae family. The genus Cynara consists of several species of thistle-like perennials producing the important food crop of artichokes. In Italy, the genus Cynara Cardunculus L. var. Scolymus is the globe artichoke. Often divided into those without spines and those with spines, popular varieties and cultivars include Brindisino, Catanese, Paestum, Romanesco or Mammola; and Spinoso di Liguria, Spinoso di Palermo, Spinoso Sardo, Precoce Violetto di Chioggia, Violetto di San Erasmo, and Violetto di Toscano.

Artichokes range from small entirely edible buds to medium oval purple buds to large round globes. Often growing to a height of 4 to 6 feet (1.2 to 1.8 meters) with arched silver-green leaves appearing like tall fronds, the plant produces flowers developed within large heads suspended on long thick stalks. When harvested before flowering, this edible bud is called artichoke or carciofo. If left to mature on the plant, impressive purple-blue flowers shoot out from the hearts encased by thick scales, statuesque. With origins unknown but thought to be from North Africa because wild artichokes still grow there, these plants are an important staple throughout southern Europe and the Mediterranean region. Artichoke plants grow throughout Italy most of the year in private gardens as well as comprise large commercial production. Concentrated in the central and southern regions of Campania, Lazio, Molise, Puglia, Tuscany, and Umbria, plus the islands of Sardegna and Sicily, annual yield makes Italy one of the major artichoke producing countries in the world.

Passionate about artichokes, Italians celebrate with special festivals for the growing of artichokes, the harvest, and the closing of the field. Many market vendors clean the medium and large-sized artichokes selling them as: trimmed with the edible flower head attached to its base, il cuore, or removing the leaves and fuzzy choke down to the exposed base, il fondo. Tender baby artichokes are ideal consumed raw, often thinly sliced in salads. Medium and larger sized artichokes are trimmed with the fuzzy choke removed from the base, then stuffed, sliced, baked, fried, sauteed…any way you choose for they adapt so well to cooking methods. 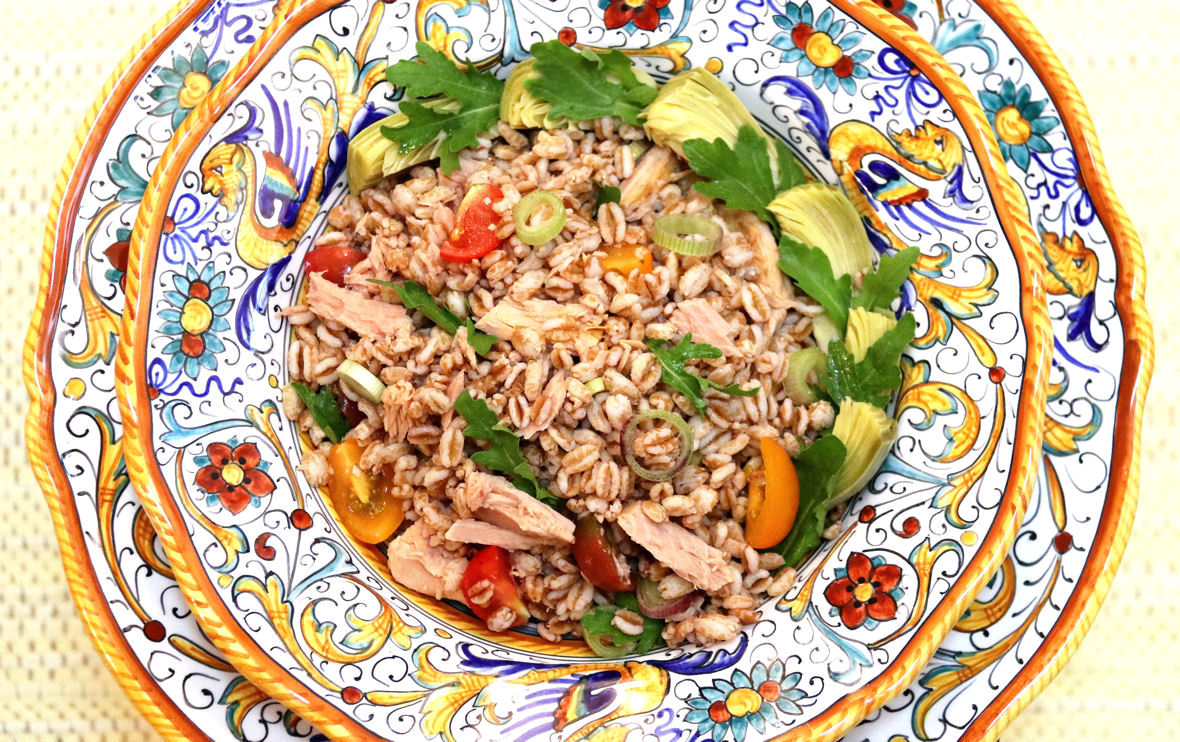 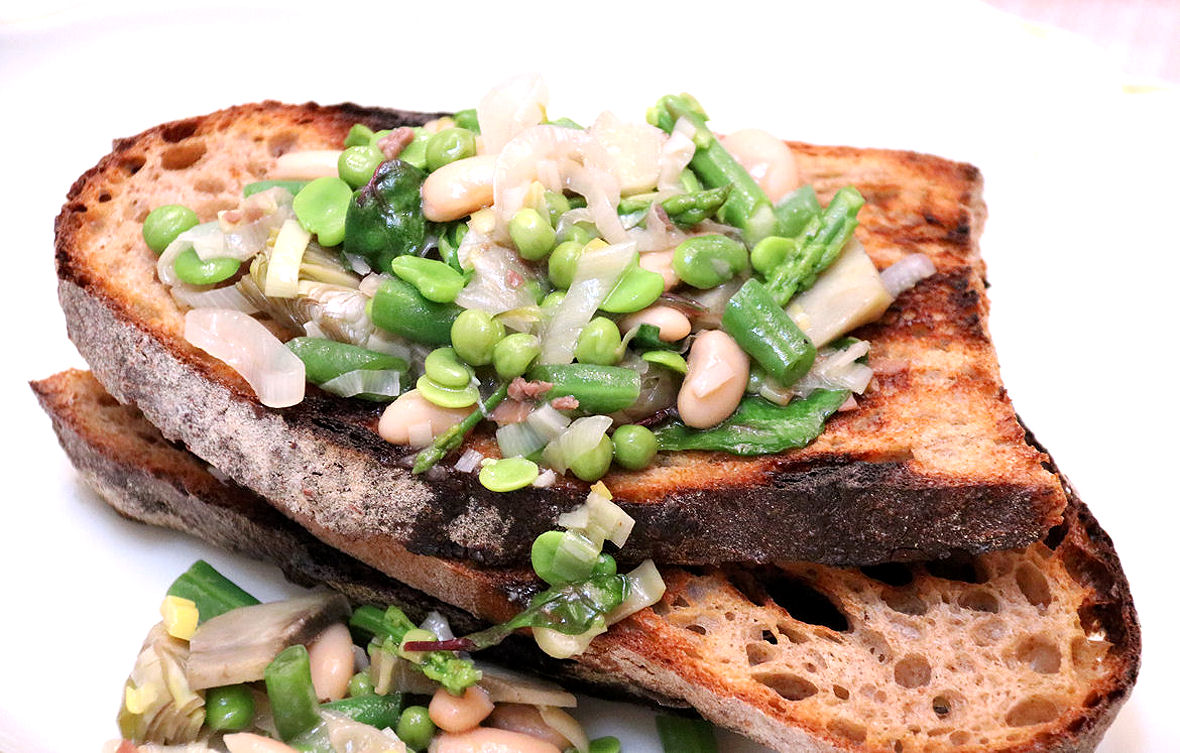 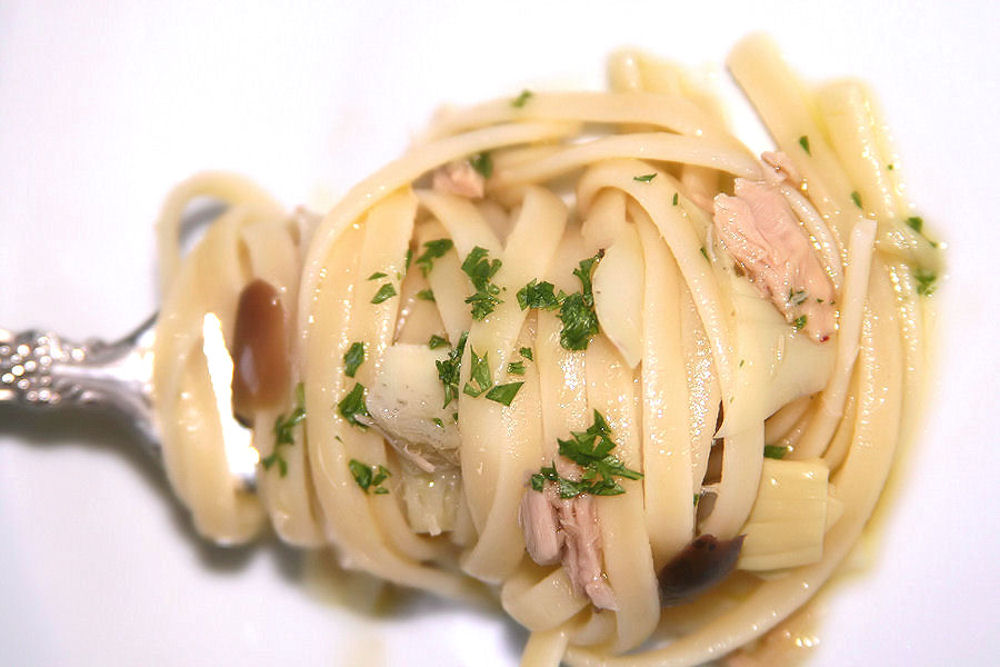 Trenette with No-Cook Sauce of Tuna, Marinated Artichokes, and Olives