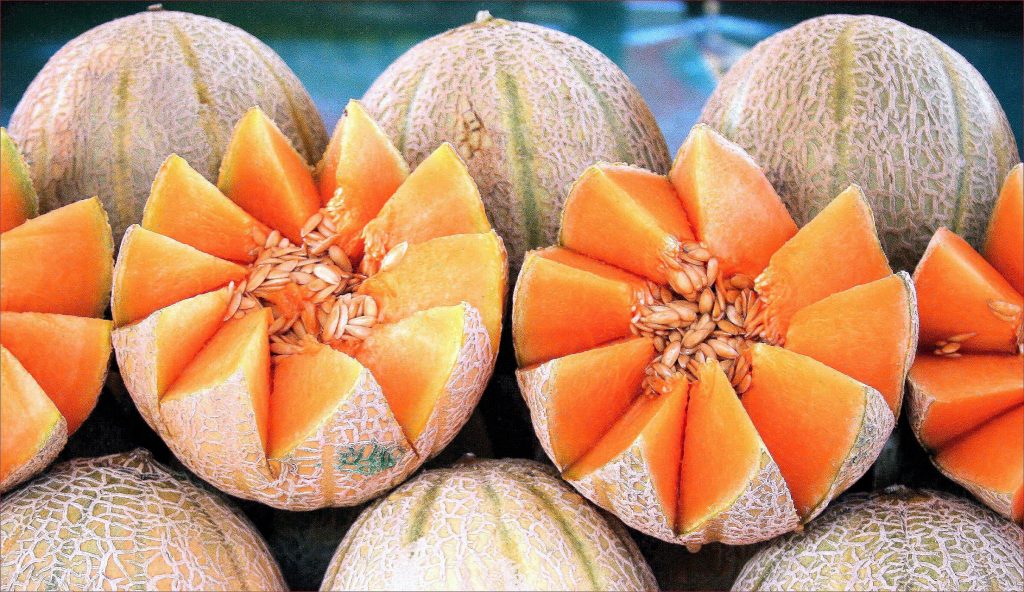 Muskmelon cultivars, Cucumis melo reticulatus or Cucumis melo melo var. cantalupensis, are often called cantaloupes although they are members of the muskmelon species.

Grown in the United States and Canada, muskmelon is rounder in shape with very shallow vein tracts and pronounced beige-colored webbing all over its surface. Muskmelons tend to be a lighter orange in color, slightly softer in texture with sweet, juicy flesh. *The photo on the left is of a muskmelon grown in the United States and sold in New York City.

Cantaloupes and muskmelons are a rich source of Vitamin A, one of the highest among fruits. Remember Vitamin A is a powerful antioxidant and is essential for eye health. They contain high levels of Zeaxanthin, an important carotenoid for retinal macula lutea, and can help protect the eye from macular degeneration. They also contain antioxidant flavanoids such as beta-carotene and good levels of Vitamin B-complex, Vitamin C, manganese, and potassium. 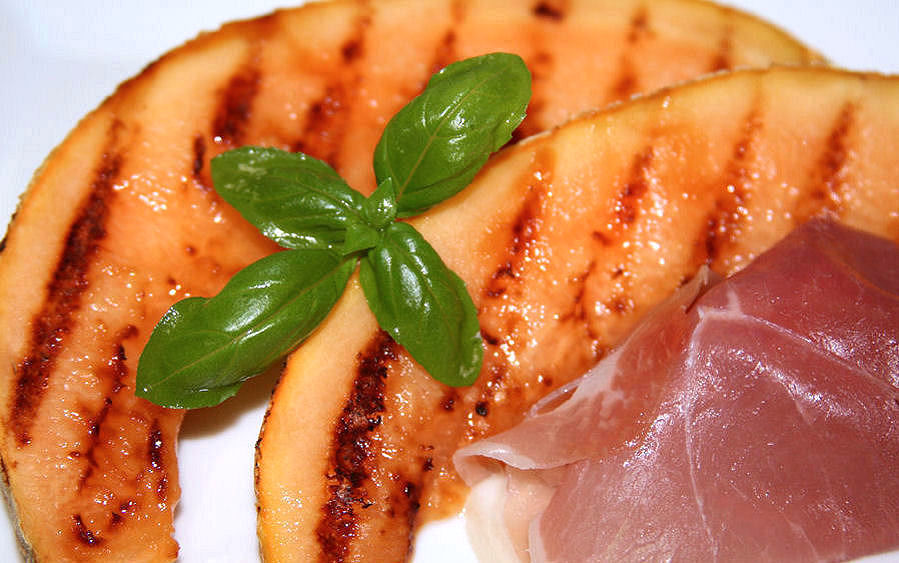